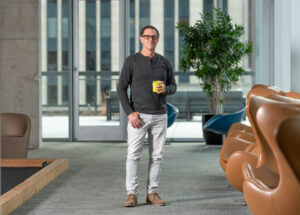 Richard Shanks recently celebrated a major milestone: marking 22 years since founding UpShift. Back in 2000, Rich saw a need by many medium-sized business who sought the strategy, design, and account management that typically only the large agencies offer to their million-dollar accounts. That’s when UpShift came to be.

Over the past 2 decades, Richard has continually pushed the company forward: adding key employees to build the team, forging into new verticals and market segments, and also expanding to two coasts!

Rich is thankful for the enormous contributions of our team. It’s been a long haul but we’ve racked up nearly 400 international design awards along the way, including Agency of the Year in 2021!

Filed Under
People
All News