Throwback: A New Way to Discover 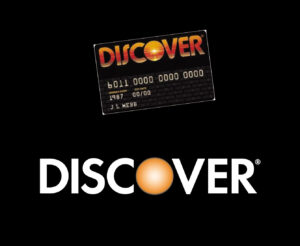 Our Founder, Richard Shanks, had a hand in updating the Discover Card logo back in 2000?

Remember the old, dated, disco-era logo with the groovy sunset? That logo was a Hal Riney original design (a powerhouse in the Chicago advertising world back in his day)… intimidating to take on his work but Rich and his team at VSA brought the logo into the 20th Century through a lot of careful revisions.

Our efforts included over 400 different variations to the original logo, some evolutionary and others radically different. After much discovery (no pun intended), an evolutionary approach was deemed best. That’s often best for brands that already have a lot of brand equity (even if the original logo is, ahem, visually challenged).

First, Rich redrew the font to create a new, modern wordmark—based on Futura but tweaked in all the right places. Then we tackled the sunburst. We eliminated it. We recolored it. We reduced it. We cursed at it. Eventually, we settled on a gradation inside the “O” that hints at the original but also feels clean and modern. We also gave them a version with a solid orange “O” which is the primarily-used logo today. Some 20-some years later… Rich’s evolutionary logo update lives on.

Perhaps because of Rich’s perseverance, Discover was one of our first clients when UpShift opened its doors nearly 22 years ago.

Filed Under
Uncategorized
All News